A nominee agreement is a legal relationship wherein a UAE national agrees to act as a nominee holding 51% shares for and on behalf of a foreign national. The nominee holds the legal title to the shares but is not entitled to the benefits that arise out of the shares.
Read More 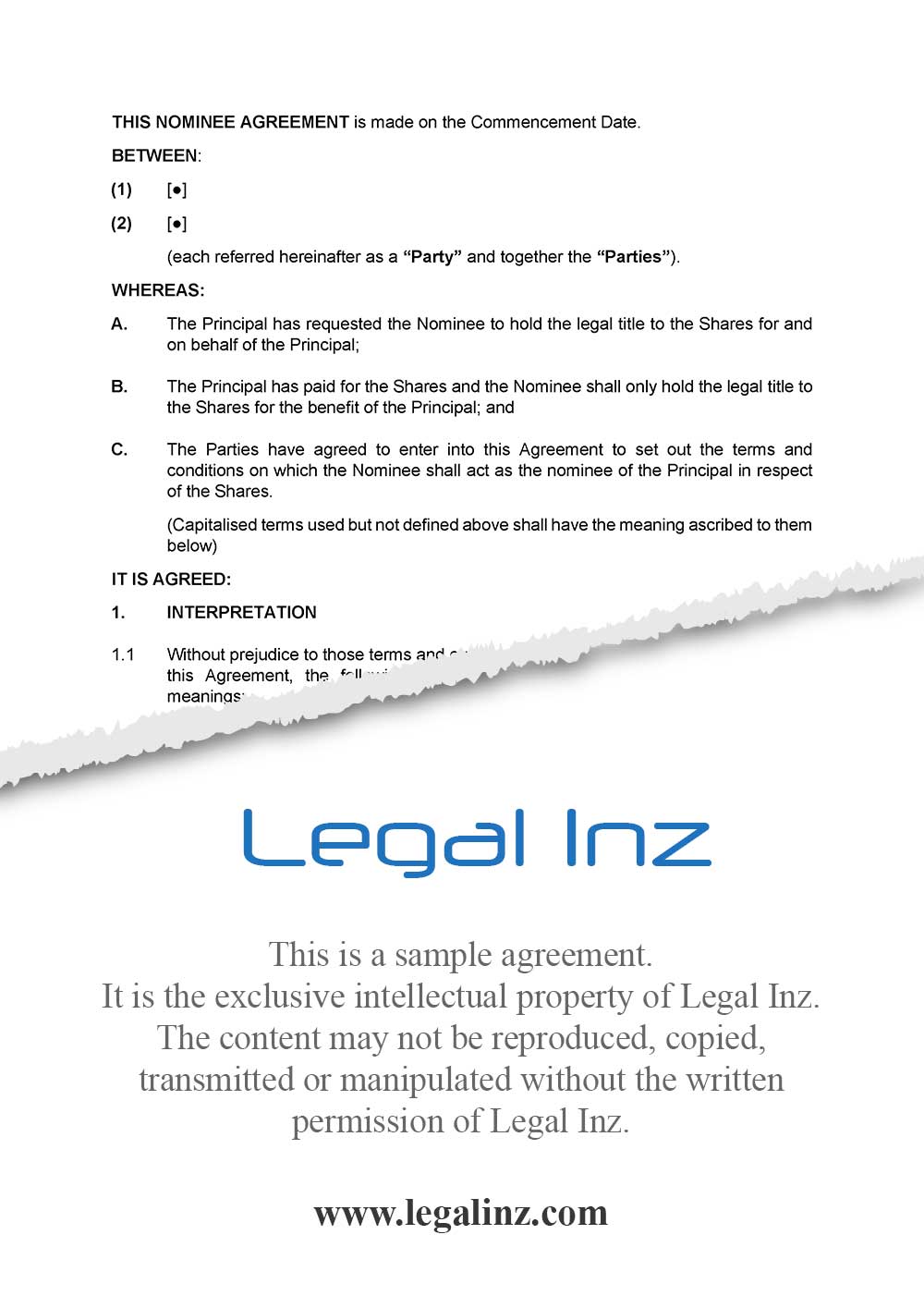 You can get your Nominee Agreement in 3 simple steps

Just answer a few quick questions to make your nominee agreement in minutes.

Save and instantly download your draft of nominee agreement.

Print and sign your nominee agreement to make it legal and binding.

Gold includes everything in Silver, plus:

Platinum includes everything in Gold, plus:

What is a Nominee Agreement?

Under the UAE Commercial Companies law, a foreign national can have ownership of a maximum of 49% of the shares in a mainland limited liability company. The remaining 51% of the shares in the company are required to be owned by a UAE national.

This does not apply to business activities exempted to be wholly owned by foreign nationals as permitted under the amendments to the Commercial Companies Law through Federal Decree Law No. 26 of 2020 which came into effect on 2 January 2021. The abolishment of the mandatory provision of having a UAE national hold the majority shares in companies came into effect only on 1 April 2021.

You should see if your business/ trade is covered under the list of licenses which allows 100% ownership to foreign nationals. If it does not, then a UAE national would be required to own 51% of shares of your company.

A nominee agreement is a legal relationship wherein a UAE national agrees to act as a nominee holding 51% shares for and on behalf of a foreign national. The nominee holds the legal title to the shares but is not entitled to the benefits that arise out of the shares. The nominee agreement helps a foreign owner to have a company with a local shareholder but allowing all practical control over the company without any interference from the local shareholder.

Who is a Nominee?

Who is a Principal?

What is the need to enter into a Nominee Agreement?

As stated above, the UAE Commercial Companies Law mandates (subject to recent amendment for certain categories of trade/business licenses) for foreign nationals to have maximum ownership to 49% shares in a mainland limited liability company and 51% shares to be held by a local shareholder. Therefore, it becomes necessary for the foreign nationals to enter into nominee agreements to define that only the legal title is held by the local shareholder/nominee while the beneficial interest ultimately vests with the foreign national. Furthermore, the nominee agreement may also define rights to transfer the shares, management of the company, dividends over the shares, etc. in order to specifically define the rights that are held by the foreign national. Thus, nominee agreements are important for ease of business and legal protection in the UAE commercial sphere.

What does a Nominee Agreement cover?

Personal information with respect to the principal and nominee:

Commencement date of the Agreement:

Beneficial Interest vests with the Principal:

Amount of fees to be paid in lieu of the services of the nominee:

Respective rights and obligations of the parties:

My experience with Legal Inz was brilliant; i received first class assistance with the incorporation of my business and the opening of the bank account.Why Legal Inz: I received a recommendation from a close friend who had used Legal Inz before.

Every review is a Powerful reﬂection of Client experience

Verify our reviews on Shopperapproved, Trustpilot and Google

Legal Inz strives to meet the needs of all of our customers. If you are not completely satisfied with our services, please contact us.

Disclaimer: Legal Inz is a legal consultancy firm duly licensed in Ras al Khaimah, United Arab Emirates. Our wills draftsman is duly registered with the DIFC Courts Wills Service. Communications between Legal Inz and its clients are subject to the Privacy Policy. Your access to our website is subject to the Terms & Conditions.